The Index of Multiple Deprivation (IMD) from the Indices of Deprivation (IoD) suite is the official measure of relative deprivation across England. Deprivation is measured in a broad way to encompass a wide range of aspects of an individual’s living conditions.

As far as is possible, each indicator is based on data from the most recent time point available. For the Income Deprivation domain and the Employment Deprivation domain in the IoD 2019 (the latest release), the data relates to the tax year 2015/16.

In addition to the seven domain-level indices, there are two supplementary indices:

These are created as subsets from the Income Deprivation domain.

There are substantial health inequalities between people from different deprivation groups, which you can explore more at https://fingertips.phe.org.uk/profile/inequality-tools.

IMD is calculated for small areas (Lower Super Output Areas - LSOAs) and there are a number of ways of combining this to larger geographies such as local authority areas. The two most commonly used methods are ‘rank of average scores’ and ‘rank of average ranks’. The main difference is that more deprived LSOAs tend to have more ‘extreme’ scores than ranks. So highly deprived areas will not tend to average out to the same extent as when using ranks; highly polarised areas will therefore tend to score higher on the average score measure than on the average rank. Here we have used the rank of average scores.

According to IMD (2015), Bolton is ranked 64th out of 326 local authorities in England for deprivation. In comparison to other Greater Manchester authorities, Bolton ranks slightly higher, i.e. less deprived, than Manchester, Rochdale, Salford, Tameside and Oldham. However, Bolton is also ranked much lower than Bury, Trafford and Stockport. 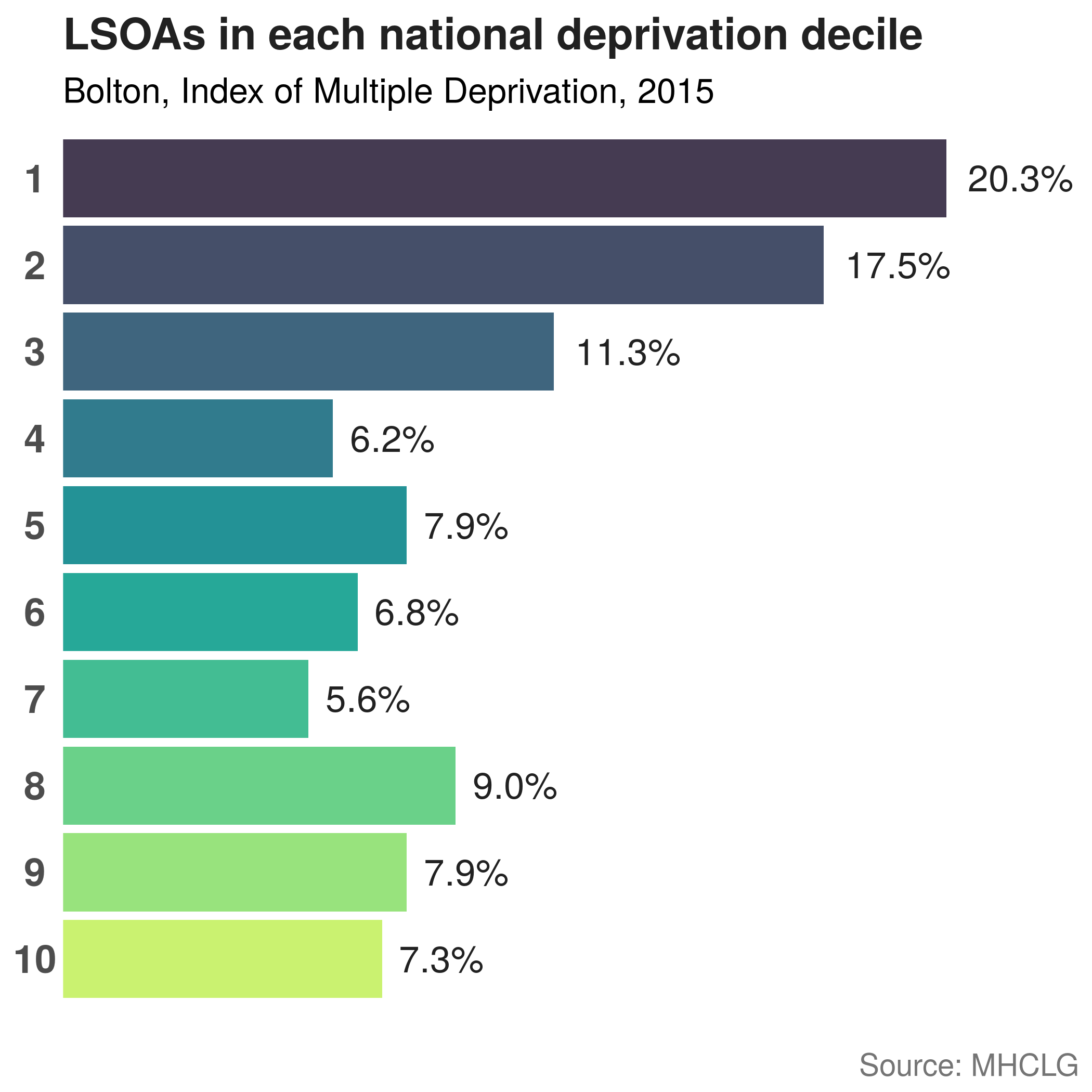 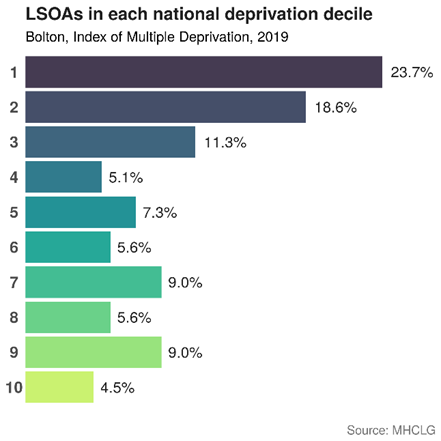 There are a number of interactive tools to explore IMD. Here of some of those we’ve found most useful.