Employment is an important factor for health, directly and indirectly making an impact on the individual, their families and communities. Unemployment is associated with an increased risk of mortality and morbidity, including limiting illness, cardiovascular disease, poor mental health, suicide and health-damaging behaviours. There are substantial variations in employment rates across groups and health conditions.

On average working adults spending a third of their waking hours in the workplace. Evidence shows that good work is good for health and that a bad working environment, characterised by low levels of job control and organisational fairness, and a high effort-reward imbalance, may contribute to poor health.

Workplaces are also a setting which can potentially support health promoting behaviours.

There are regional inequalities in population qualification levels. A smaller proportion of the northern workforce has a degree and a larger proportion has no qualifications. In some areas this results in a vicious circle of low skills and low productivity where lower skilled, lower paid work is disproportionately concentrated, reinforcing existing inequalities. 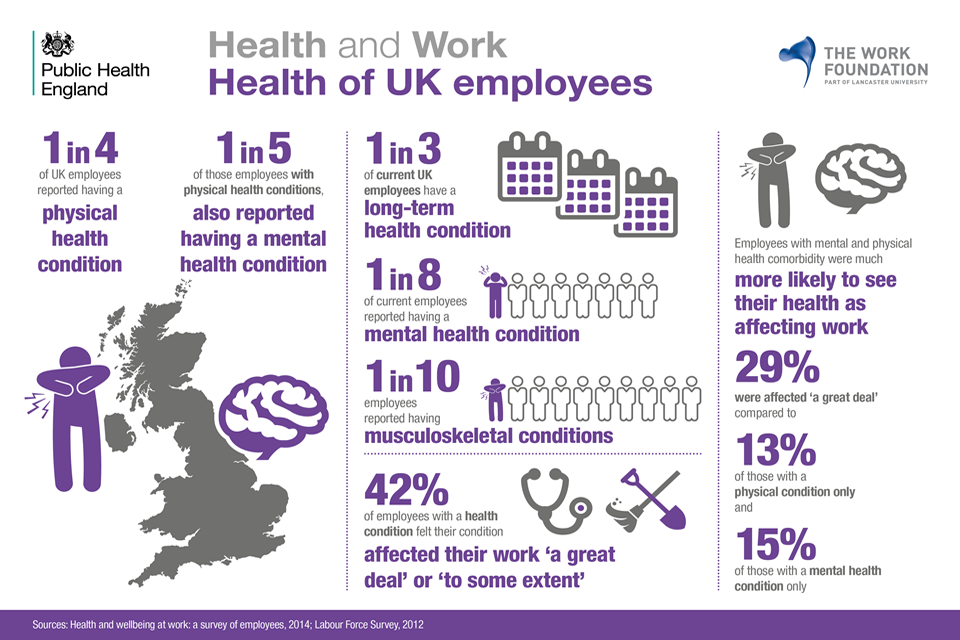