Life expectancy is an important, globally recognised measure of the health of a population. It is defined as

Life Expectancy has improved over time in England as a whole and is reflected in the life expectancy rates seen at local authority level.

Throughout the 2000’s, Bolton males have consistently been below the average for the North West up until 2012-2014. Each year since 2001 has seen males in Bolton have improved their life expectancy, however most recently during 2015-2017, life expectancy dropped from 78.2 years, to 77.8 years.

Variation in Life Expectancy within Bolton 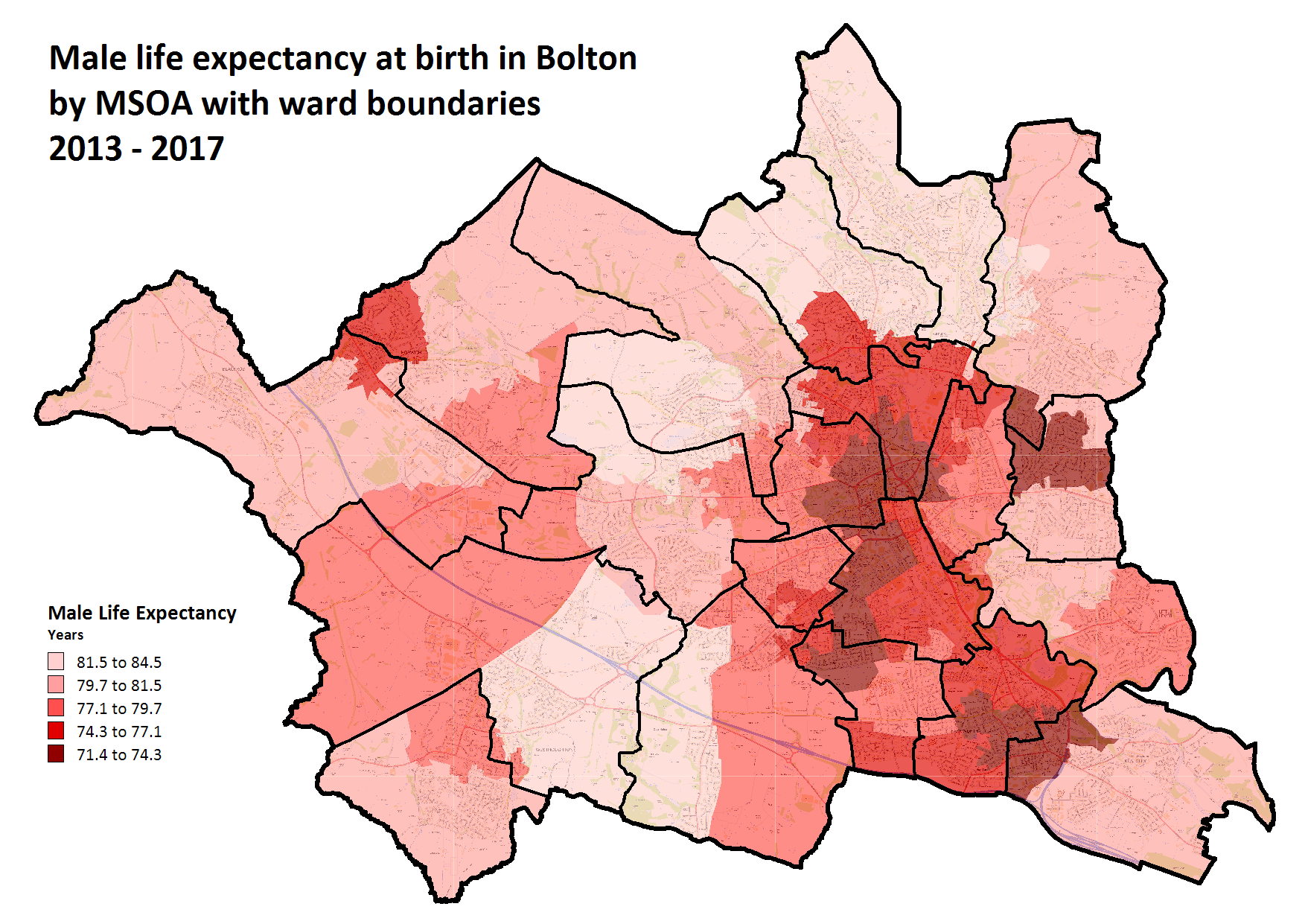 Women in Bolton are predicted to live longer than men, with the highest being in the Lostock & Ladybridge neighbourhood (87.4 years). Females living in the Lever Edge area, are expected to live 12 years less, with their life expectancy being 75.4 years. 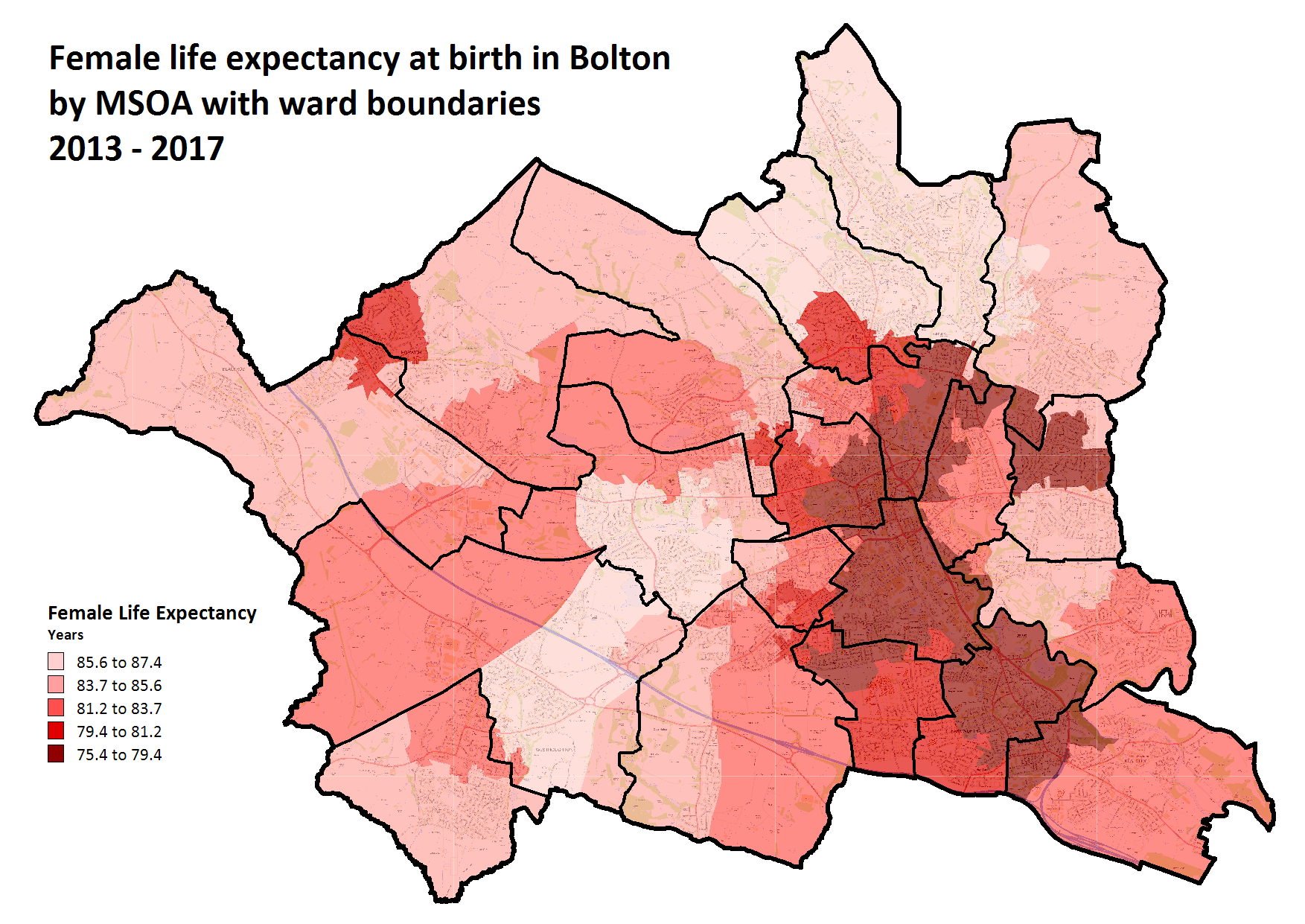