Bolton’s population structure varies by ethnicity. The Asian Indian, Asian Pakistani and Black African and Caribbean population have a higher proportion of young people than the White British population. In addition, there is a smaller proportion of older people among Asian Indian, Asian Pakistani and the Black African and Caribbean population than the White British population. These means services in Bolton aimed at maternity, children and young people need to consider the needs of ethnic minority groups.

In Bolton there is a large number of LSOAs with high proportions of the population in Black, Asian and Minority Ethnic (BAME) groups and these neighbourhoods are shown on the Map below. The BAME populations in Bolton are predominantly of Asian background, with higher than average proportions seen in Asian Indian and Asian Pakistani groups.

The top 10% of LSOAs in Bolton, with the largest BAME communities are shown on the map below. The majority of these LSOAs are found in Rumworth, Great Lever, Halliwell and Crompton wards. 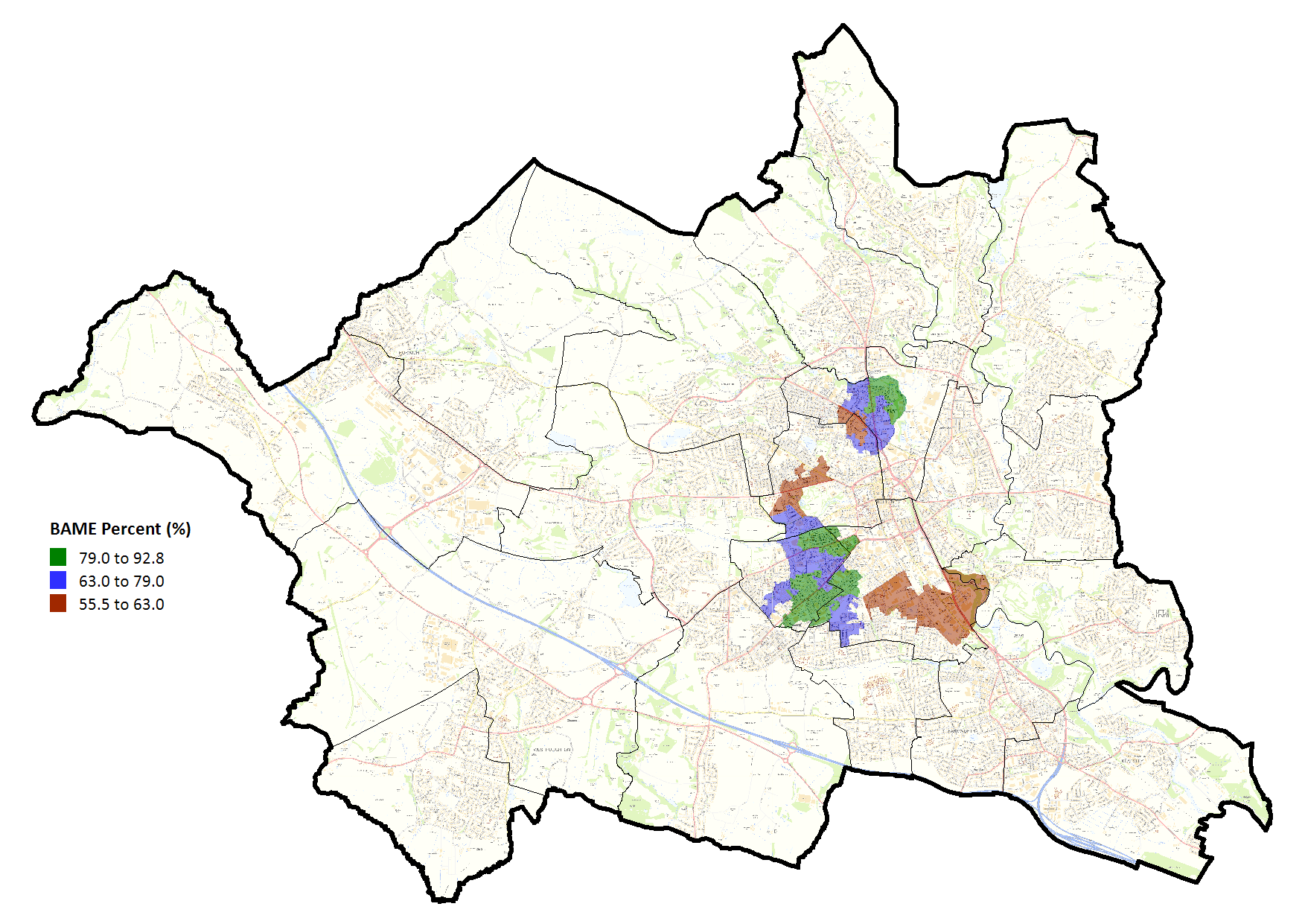